Glacier lake outburst floods (GLOFs) have been intensely investigated in high mountain Asia (HMA) in recent years and are often the first hazard related to the cryosphere mentioned in the region. As glaciers are receding and surrounding slopes become increasingly unstable such events are expected to increase, although so far, no evidence exists for the same. Many studies have investigated individual events and some regional inventories exist however they either do not cover all types of GLOF, do not cover the entirety of the region and none generally discuss downstream impacts. Previous inventories also do not rely on non-academic sources and are not combined with already existing inventories of glaciers and lakes. In this study we present a first comprehensive inventory of GLOFs in HMA, including the time of their occurrence, processes of lake formation and drainage involved as well as downstream impacts. We find 660 individual GLOFs that occurred between 1833 (with 4 historic events before that date) and 2022, 20% of which occurred from repeated events at just three ephemeral ice dammed lakes. All events resulted in 6907 fatalities, of which 6000 were caused by just one event that included a number of other drivers of the eventual flood. The combination of the database with previous inventories of glaciers and lakes allows future assessments of potential drivers of GLOFs, allowing more robust future projections of their evolution. The presented database and its future updated versions are traceable, version controlled and can be directly incorporated into further analysis. 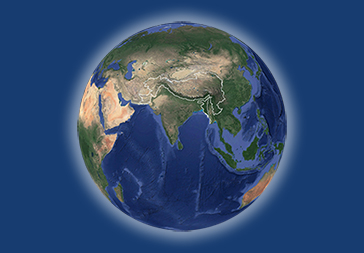